This article appeared in the Australian Financial Review on Monday, June 21

Casting an eye across the world 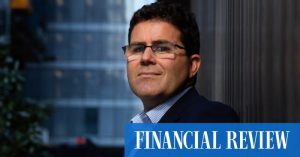 Garry Laurence appears in the Australian Financial Review in June 2021

Monday fundie: Looking beyond the Googles and Amazons.

Garry Laurence says a wise portfolio manager once told him to think about markets in terms of decades.

Each 10-year period brings with it different investment trends and opportunities. Consumer behaviours change and new innovations are unleashed, reflecting themselves in the performance of the sharemarket.

With that in mind, the former head of global equities at Perpetual says his investment approach reflects one overriding theme: ‘‘The next 10 years won’t be the same as the last.’’

To be more precise, he is doubtful that US stocks, which tripled between 2011 and 2020, can repeat the run given their high multiples. Meanwhile, other regions that have been left behind could have their moment. ‘‘There’s a good chance that a lot of these other markets will finally come good. The key is to not just keep investing in Google or Amazon, but look around the world.’’

His logic is that markets with high valuations tend to offer little reward to investors even if stocks deliver earnings. In the decade from 2000 to 2010, US stocks went sideways. But the Jakarta stock market went up nine times while the US dollar depreciated against that currency.

The Brazilian real tripled in value too against the greenback.

The pitch to investors in his new global equities fund Profeta is to look beyond the US and Australia in the coming decade, and to be prepared to hedge currencies as they will affect Australian dollar returns of global equities to a greater extent.

A relatively high price-earnings ratio and the threat of inflation could spell danger for investors overexposed to US stocks.

Laurence previously managed Perpetual’s global equities team, after being given the green light to run an international strategy by John Sevior and Matt Williams a decade ago in 2011.

But he parted ways with the firm following its $US319 million investment in global fund manager Barrow Han-ley, handing the firm his existing mandates.

Perpetual is well known for breeding value investors and Laurence certainly fits that description. But he says he’s happy to pay for high-growth companies within reason. Last year, he piled into Brazilian payments companies StoneCo and PagSeguro, making a decent profit on the trade.

Garry Laurence talks to the AFR about Profeta Investments

Now he has his eye on China’s Lexin-Fintech, which he says is a cheaper and more profitable version of Afterpay.

Another growth stock he favours is Brazilian health education and technology firm Afya. He says the business is increasing its earnings at 50 per cent per annum, and is good value at a price to earnings multiple of 17 times.

‘‘If I can buy good growth at sub-30 times earning, I will always prefer that over something that’s 100 times [earnings].

‘‘That’s where I see the sweet spot. You get the multiple re-rate and you’ve got downside protection.’’

While Laurence is searching all four corners of the world, he says he’s sticking to stocks that generate decent free cash flow.

He’s also more committed to backing founder-led companies, which he says have the right culture to deliver in the long run for shareholders,

That, he says, has been reinforced by his experience at Perpetual, which at the head company level had lagged the likes of Magellan and Platinum.

In developed markets, he has reinitiated a position in exchange operator Deutsche Borse and favours two stocks that have been the subject of activist interest – cloud storage application Dropbox and Vivendi, which owns the Universal Music label.

Although markets are expensive, Laurence says there are several examples of anomalies as the world tries to return to normality and countries reopen their economies and scale back support measures.

The excess liquidity, he says, has meant that some investors ‘‘have lost track of valuing businesses’’.

They have, he says, got carried away with the reopening trade – bidding up retailers, airlines and travel stocks. ‘‘They are burning cash, their debt is going up. Yet their stock prices are running hard.’’

‘‘Companies like Expedia, Webjet and Flight Centre are back to levels they were pre-COVID even though their earnings have halved. But you can find [cheaper] companies in Europe or Asia where they are recovering quicker than the developed markets.’’

There’s no better example of bargain-hunting gone mad than the cinema sector. The movie theatre chain AMC has been the source of unhinged speculation as it displaced video game retailer GameStop as the market’s ultimate meme stock.

‘‘IMAX China is the only profitable cinema chain in the world and this year Chinese box office has eclipsed the US,’’ he says.

Another pocket of excess is Australia’s banks, which were the subject of heated valuation debates over the past five years. That had largely abated heading into 2020, but Laurence says they’ve never been more expensive.

The high 21 times price to earnings ratio of Commonwealth Bank means it now has a larger market capitalisation than US banking giant Wells Fargo, which has double the amount of assets. ‘‘You can buy Thai banks on 7.5 times and in terms of loan growth and the trajectory, it’s not too dissimilar.’’

While Laurence is adjusting to life outside Perpetual and running his own fund, he’s also getting used to the pandemic-imposed travel restrictions.

He had spent weeks on the road travelling to the US, South America, China and Europe to meet company officials and attend conferences. But that has come to an end.

‘‘The reality is people like to travel. They do it for the personal enjoyment,’’ he says.

A student of Warren Buffett, Laurence is questioning just how much value it adds, noting that the Oracle of Omaha himself would joke about buying companies, even in the US, sight unseen.

‘‘It’s good to see the whites of the eyes of management and get a feel for how they interact with each other, but it only gives you so much information.

‘‘Most of the information is from reading the company reports, calling competitors, talking to customers and putting yourself in their shoes as a customer in deciding if a business will do well.’’

If anything, the post-pandemic world may have further levelled the playing field for global stockpickers marooned in Australia.

Laurence says he’s in the same position as everyone else in the world from his base in the beachside suburb of Coogee.

Meanwhile, more companies are amenable to conducting investor meetings via Zoom, and engaging in video conferencing, which he says ‘‘gets you 95 per cent of the way there’’.

The virtual conferences, mean he’s covering far more ground. The day before the interview, Laurence had concurrently dialled into an Australian emerging companies conference and a Chinese stock conference.

‘‘The best part of travelling was to go to conferences so you can screen for new ideas. You can still do that but you can save time and money.’’